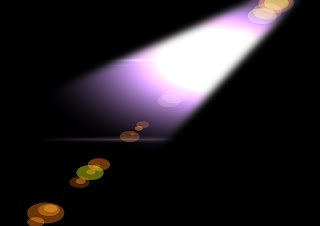 The rain refused to stop and the audience refused to go home. Harry Belafonte said to give it a half hour, and then a half hour more and that’s what we were going to do. Strange as it sounds, the indoor seat holders weren’t as resolute as we lawn-seating ticket holders—they were getting restless and letting it be known. Mr. Belafonte held firm and even they had to admit that an hour was worth it for the chance to see and hear such a multi-talented performer and speaker of truth to power. Yes, once upon a time, he had been dubbed the ‘King of Calypso’ but at this point in his career people of all ages knew his dominions reached many more categories of music, films, TV, and the world of civil rights as well. It promised to be a great show and, if the accumulated vast desire to see it had anything to do with it, the weather should just retreat.

And so it did.

An hour and a few minutes late, the show began and the first thing this handsome, quiet-spoken man did was thank those of us on the lawn for not leaving when it looked pretty iffy that the show would go on beyond the enclosed theater. He then dedicated the performance to us. It felt special to be recognized that way, but I knew it was undeserved for me because I was ready to leave when the storm was at its worst. It was my best friend who asked me to hang in there because she was the great Belafonte fan. Sure, I enjoyed his musical talent—fine voice and delivery—and appreciated what I knew of his politics. Chris, though, had longed to see him in person and this was it and she left me with no doubt she would have stood soaking wet listening at the crack of a closed theater door, daring to hitch a ride home if I’d left.

Sometimes the sweetest joys of life are the most unexpected. This was one of the finest performances I’ve ever had the extreme pleasure of catching. He didn’t just sing wonderfully, he shared sometimes funny, sometimes touching vignettes that gave the songs extra depth and the historical perspective of his life. He didn’t just charm as a lot of good entertainers can, he endeared himself to us with a graciousness and love of entertaining others that was there in every single song and story. The musicians and accompanying singers were, also, of the highest musical quality. Trust me, if an occasional sprinkle swept in, it was ignored. By the time the last encore was bestowed and the cheering finally faded, the night had cleared. I put it down to even the heavens choosing to listen to a talent so fine.
Check out this performance of “Turn the World Around” and I think you’ll feel what everyone from a Muppet Master to a Lion King and so many of us mere mortals have felt from his passion and performance:     https://www.youtube.com/watch?v=GlPjUvOxAf0

Posted by Diane Taber No comments:

More Than One Ingredient

All new songs by Diane Taber

The new CD from Diane Taber and Sunspots